And boy, was it ever huge! 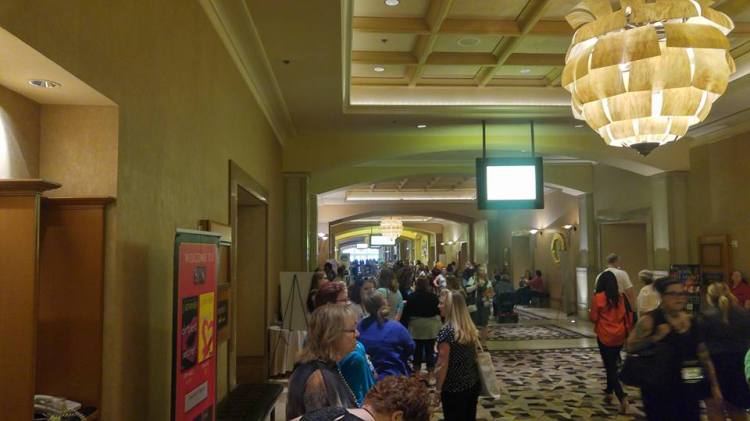 This is one line I waited in. It stretches on into forever…

I had an awesome time, though. My panel went well. 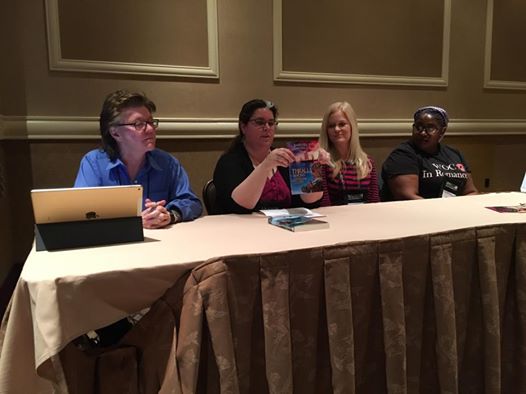 That’s me showing off my book with Radclyffe, Melissa Brayden, and Rebekah Weatherspoon. We got lots of great questions from our moderator, Ruth Sternglantz as well as the audience. I think it went well. A few new people followed me on Twitter, and if that’s not a sign of success, I don’t know what is! I also got lost at least twice, which also equals success.

I made some new friends. 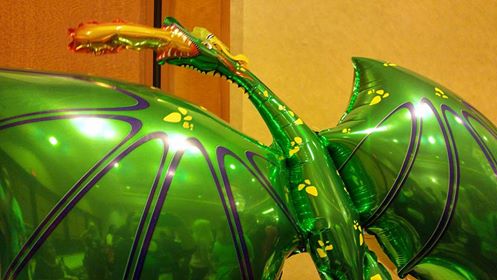 Okay, that’s a balloon, but it still counts.

And I got a ton of free books! 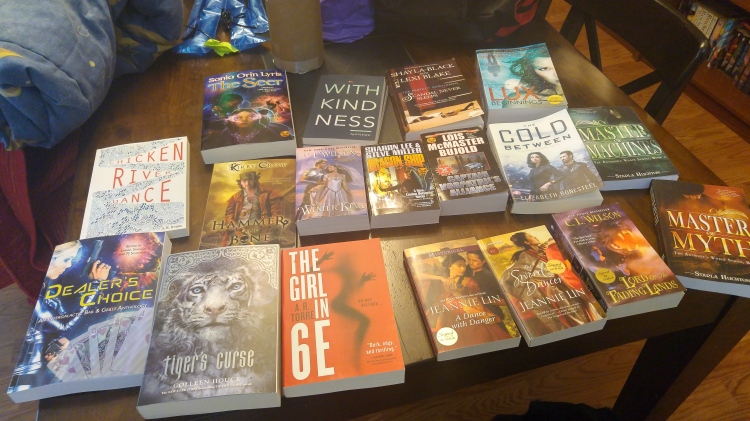 All from authors I haven’t read before, so I’m going to be busy.

More importantly, as the fabulous Georgia Beers put it, it was nice to be seen, to let people know romances between women exist, in all genres. You can find them, you can read them, and as long as you keep buying them, we can keep writing them. It was nice to be able to put that out there at such a large, intimidating venue.

I also got to see a ton of Las Vegas that I’ve never seen before. I already posted most of my pics on Facebook, so be sure to check them out there if you’re not already following me, and why the frick aren’t you following me?!?!

Anyone else been to Vegas? Ever been to a giant convention? Did you get as lost as I did?

6 thoughts on “Back from the Romantic Times convention in Las Vegas!”